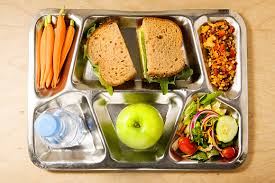 Experts have been worried after the new meal standards went into effect in the US, that students will eat less school lunches. However a study by the Washington school district showed surprising results a fantastic read.

The meal standards which was set by the US department of Agriculture made a number of changes in children’s lunches. This included placing a maximum number of calories per meal and that each meal should contain at least one serving of fruit and vegetables.

Researchers looked at 3 middle schools and 3 high schools, which looked at 7200 students, 16 months before and after the change. The researchers stated that there was an increase in a number of nutrients which included calcium, vitamin A, vitamin C, iron, fiber and protein, after the changes took place. Other components such as sodium and fat, were not taking into account. The number of students that ate student lunches did not change a great deal.

The surprising data showed that even high school students opted for in school lunches, even though they could head out during campus and eat other food. Donna B. Johnson, professor in the School of Public Health at University of Washington stated “Our thinking was, if it’s going to work for these older students who have more options, that’s really a powerful statement.” The professor went on to say that “This is, in my mind, really verification that implementing these changes are first of all doable”.

In response to critics of the program, Johnson said, “All I can do is come back and say our study showed it’s working and it’s achieving its intended purpose and millions of students every day are eating healthier meals because of it.”