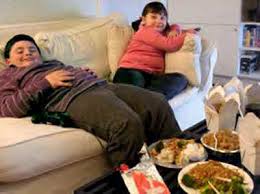 This articles was submitted by Cosmetic Rejuvenation Medical Center.

With one out of every three deaths due to cardiovascular disease in the United States, a new report by the American Health Association believes that this is due to poor eating habits and a lack of physical activity which, in turn, leads to obesity, diabetes – and ultimately poor heart health. Emphasizing the need for lifestyle changes that could improve health conditions, Dr. Alan S. Go,
chairman of the report’s writing committee, said, “Americans need to move a lot more, eat healthier and less, and manage risk factors as soon as they develop. If not, we’ll quickly lose the momentum we’ve gained in reducing heart attack and stroke rates and improving survival over the last few decades.”

While it’s true that some people are genetically predisposed to suffer from diabetes, doctors also believe that making certain lifestyle changes can do a lot to prevent both these conditions which stand in the way of improving heart health in the country. Quite shockingly, the report also points to statistics where there are more obese or overweight people in the country as opposed to normal or underweight individuals. As for the figures involving diabetes, 38.2 percent of adults have prediabetes while 8.2 have undiagnosed diagnosed leaving 8.3 percent with diagnosed diabetes.

However, one statistic that should help in the improvement of heart health, is that many people are quitting smoking, and which should help curbing complications that lead to a decline in heart health. And as experts put it, the bottom line is diet and exercise, and which is what Americans must focus on as well as pass on to their children as well.