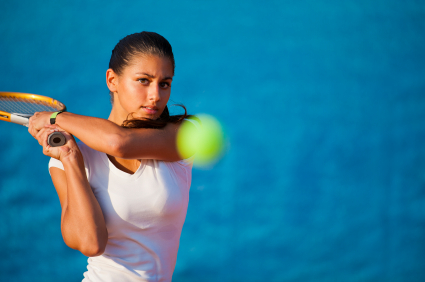 Tennis elbow is the overuse of your arm.  Your normally get it in the arm you use the most.  For example, if you are right handed, you get it in your right arm.  It is caused by injury to the tendons around the outer part of the elbow.  Just because you do not play tennis, do not mean you cannot get tennis elbow.

Symptoms of tennis elbow include pain around the elbow that comes on slowly.  It is not a pain that comes on all of a sudden.  The pain often gets worse when you’re squeezing or lifting an object. Pain is also worsening with activities such as opening jars and using tools.

About 1% to 3% of the world population gets tennis elbow and as many as 50% of tennis players will be affected by tennis elbow throughout their career. Overall, tennis elbow is more common in men than women and affects those between the ages of 30 and 50.

It is called tennis elbow because it affects tennis players more than anyone else but it also affects anyone that requires repetitive use of their elbow, hand, wrist and arm. This includes people such as baseball players, gardeners, bowlers, golfers, typists, office cleaners, mechanics, assembly-line workers and carpenters.

Tennis elbow is normally diagnosed by a describing the pain to your doctor.  It cannot be seen in an x-ray. Your doctor will also do an exam of the elbow and the surrounding area. Treatments include physical therapy, cortisone injections, wearing a brace and sometimes surgery.