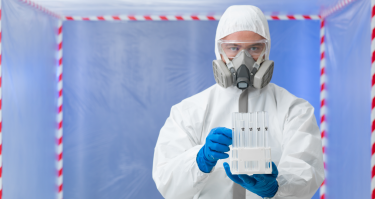 It goes without saying that the Hollywood fairytale romance does not exists in relationships. In fact, every relationship in the real world has its ups and downs.

Of course, there’s a difference between a relationship filled with negativity and pain from one with a few bumps along the way.

In fact, the former can have a negative impact on your health as some studies have shown. Here are 3 ways a toxic relationship can affect your health:

People in toxic relationships tend to get sicker than those who are in a supportive one. In relationships where hostility, criticism and withdrawal is in excess, both people tend to have weaker immune systems. Researchers have found that there are ‘changes in the body’ that occur.

A doctor, Dr. Durvasula, found her patients being so distracted that they stopped taking care of their own health. This meant not exercising regularly, not visiting their doctor or even taking necessary medication. People who tend to be in such relationships tend to be living in chaos which will, affect your health severely if you’re not careful.