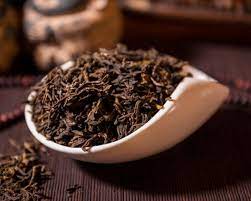 Although only growing in popularity in the western world now, Liu Bao tea is a popular tea in the traditional tea drinking societies of Asia.

What is Liu Bao Tea?

Liu Bao, or Liu Pao Tea, one of the many aged teas available on sites like Generation Tea, is an aged black tea that originates from the Guanxi province in China. The name comes from the town where it is grown, Liu Pao. Aged Liu Bao tea is known for its many health benefits, much like Pu-erh tea, for everything from stress relief, heart health, cancer prevention, and even weight loss.

There are many aspects to its taste, based on age, level of fermentation, and even the producer. The common theme in all aged teas, is that they taste “aged”. It is often difficult to describe, but the closest would that it tastes earthy, woody, much like how you would expect the floor of a forest to taste like. As such, before you Buy Aged Liu Bao tea, remember that it is very much an acquired taste, with its health benefits being the gateway to its recent popularity.

The tea is piled wet for the fermentation process and remains that way for approximately six weeks. The piles are then dried, steamed, and pressed into its final cake form. Although this is the regular process, and it is called an aged tea. Aged Liu Bao Tea is a much longer aging process that well exceeds five years.