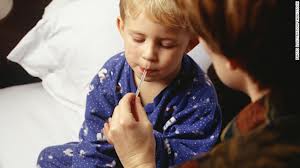 According to a report published in the Science journal, CSIRO scientists have developed a new flu drug that is effective when it comes to combating strains of the influenza virus.

Speaking of this new drug called Relenza, Dr. Jenny McKimm-Breschkin, one of the CSIRO scientists, said, “The new drug is effective against these resistant strains. As the site where the drug binds is found in all flu strains, the new drug is expected to be effective even against future flu strains. With millions of poultry currently infected with bird flu globally, there are still concerns about its adaptation and potential to spread among humans, causing the next pandemic.”

Scientists are also aware of the importance of understanding how the various influenza strains are able to build resistance to drug so as to use these findings when making better medication.

However, even with the findings being extremely promising, further tests will have to be conducted in order to find out how effective the drug is in treating a wider range of strains. Also, with this drug still in the testing phase, it will take a while before it is released as vaccination to the general public.

Yet as Steve Withers puts it, this drug when released as medication will definitely play a key role in controlling a pandemic while also being their first line of defense when it comes to managing the severity of the disease.

With such promising results, it’s not long before a universal (and effective) flu vaccine will be made available some day for all flu strains, as scientists from the National Institute of Allergy and Infectious Diseases (NIAID) have envisioned.