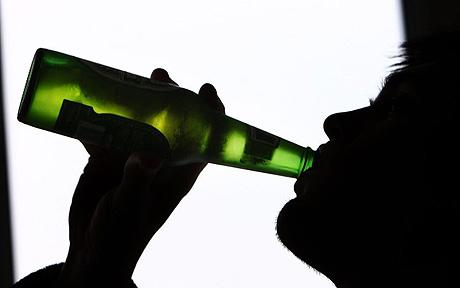 Everyone knows that, as we age, we begin to slow down mentally. Unfortunately, it’s a natural part of getting older. But new research has found that heavy drinking can actually speed up the process dramatically. Keep reading for more information.

Heavy drinking in the study was defined as 36 grams or more alcohol per day. This is the amount of alcohol you would fine in 125 ml of spirits (roughly 5 glasses), 2 glasses of wine worth 175 ml apiece or just 2 pint glasses of beer.

The participants in the study, 5,000 males and 2,000 females, were between the ages of 44 and 69. They were monitored over the course of 10 years, being tested before it began and then twice more after that.

Those men who were considered moderate drinkers, meaning they consumed only 20 g a day, showed no serious decline when it came to their memory functions or executive ones.

However, those defined as heavy drinkers reported much more serious results. Their executive functions and ability to remember declined at a rate that put them 1.5 to 6 years ahead of the other subjects.

For women, the report found no telling results. However, their sample size was much smaller and did not include as many heavy drinkers.

While declining mental functions is seen as a normal part of getting older, it can lead to very serious problems like dementia if not strictly monitored. This report provides plenty of reason for men to slow their drinking as they get older.