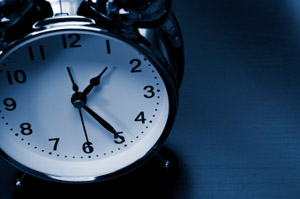 This is just one of life’s medical mysteries.  Rhett Lamb was your average toddles, except for the fact that he didn’t sleep.  His mother would bring him to the doctor’s, telling them that something was wrong with her son.  But they told her she was overreacting.  Until finally the doctors being to think that something was really wrong with Rhett.  He was always crabby, he was aggressive, he would hit and bite and he acted much younger than his age.

There were many diagnoses at first but no real answer.  Rhett was awake close to 24 hours every day.  They doctors had him several sleep studies watching him around the clock.  Finally, a diagnosis came about.  Rhett had a brain disorder called chiari malformation.  This basically meant his brain squeezed into the spinal column.

Doctors had to do surgery to get rid of some of the pressure oh his brain stem.  The surgery was done at All Children’s Hospital in St. Petersburg by Dr. Gerald Tuite who is a pediatric neurosurgeon.    They cut an incision at the base of the skull that reached the top of the neck and took the bone from around the stem of the brain and spinal column.  The doctors told the family that it could be month or even years before they saw anything happen, if at all.  Two days after the surgery, Rhett was sleeping through the night.  Also since he was severely delayed from his condition, he couldn’t even take but in just several months, he was caught up to where he was supposed to be.